After many successful years, and so many assignments that helped clients, Harbrooke Group is closed, as of January, 2019.

Howard Greenstein has taken on a full time role and will no longer consult under this incorporated name.

Our contact information is still valid if previous clients have questions or need referrals. We wish everyone success in their journeys. 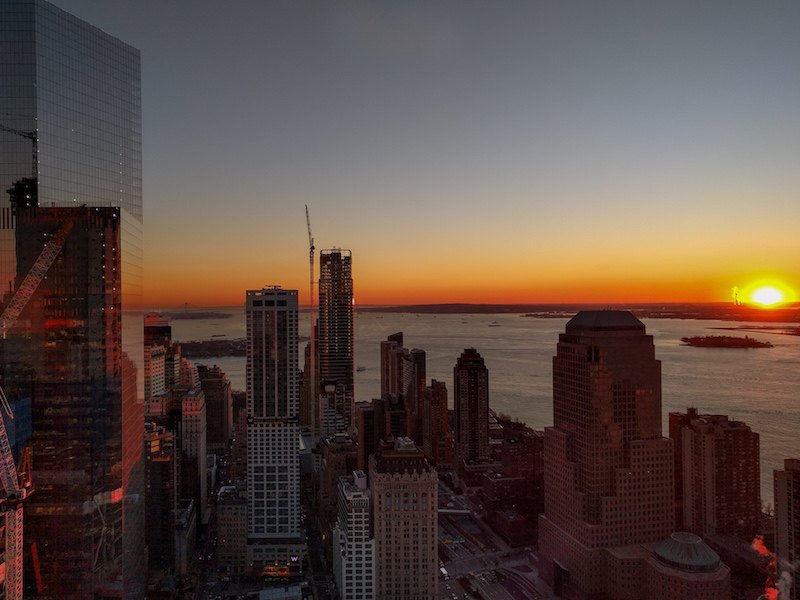 As 2016 comes to a close, we at the Harbrooke Group wish our clients and friends a Happy New Year and wish you all the best in 2017. 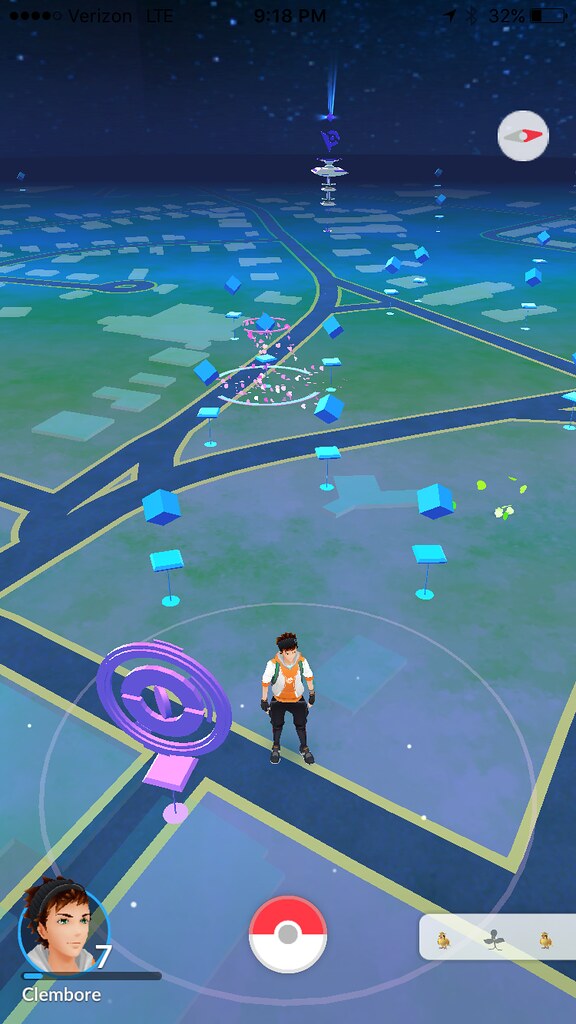 A player in the Pokémon world, with PokéStops and a Gym in the Distance. -Credit @vanhoosear on Flickr

I was recently asked by my friends at the Coburn Ventures group to share some thoughts on digital and cultural trends for their weekly call. I decided to focus on the phenomenon of the month- Pokémon Go, a game app for iPhone and Android. Many adult friends have wondered “What’s all the fuss about” or have derided “Those kids looking down at their phones” without a clear understanding of what’s actually going on. I have taken the time to gather some thoughts to help give some context for Pokémon go to the skeptical, the uniformed and the “haters.”

END_OF_DOCUMENT_TOKEN_TO_BE_REPLACED

At the recent NamesCon conference in Las Vegas, much of the talk surrounded a big question: “When?” As in, when will consumers start to seriously notice the 500+ new domain choices (and growing) now populating the Internet? Though there have been ads on TV, and promotions from registrars like GoDaddy, research shows that only 25% of people are aware of the new domains

Internet users in New York may have noticed promotion for .NYC since over 72,000 names have been sold. The people in Berlin and London may have seen ads for those domains. The team at .Club have been busy and have a success story with Coffee.club, which sold for $100,000 and which has been quite successful for the owners, who migrated from a less-branded .Com name. Private equity-backed Donuts, which owns over 250 of these domains, promised more PR and promotion of the new domains at a keynote at NamesCon. The DNA report claims over 60% of people want more choice on domains – but there are significant questions as to whether businesses feel the same way. Some of the new domains have brought customer confusion, typo-squatting, cybersquatting on brand names, and even malware sites.

But the talk in the industry circles has returned to “When,” over and over again. That’s not to say that big companies haven’t already started buying their own Top Level Domains (TLDs). Barclays and BarclayCard, Marriott, Bloomberg, Coach, IBM and Citi are just a few of the household names waiting in the wings to launch their own domains. Also under-reported, L’oreal took control of .Hair last week, which likely means they’re going to use it for their own internal purposes, and not have everyone registering their own “LookAtMyBeautiful.Hair” domains on the open market. But we don’t know when they’ll lather, rinse and repeat the news. GoDaddy’s likely IPO this year may bring some of the domain news to the forefront.

Those who want to sell domains, and who have bought interesting names in these new spaces want the value of their holdings to go up – and that won’t happen till there is demand for those names. Those who provide services, like DomainSkate, (disclosure: where I consult and act as COO) which monitors company names, provides alerts if a brand name is taken in a new domain, and helps solve the issue, want to make people aware that they should be looking to purchase names defensively, and monitor the rest for trouble.

Others, who just wish to use these new domain choices for better branding if the can’t get a desirable .Com name worry that consumers will type in their “NewWebsite.XYZ” address or “NewSite.Website” and follow it with .COM by rote memory – sending traffic to the wrong place. People may not trust these new extensions, or buy them, or protect themselves if there’s not a big push by an industry player to raise awareness that these new domains exist and that they have value. At the conference, the word was that “several large brands” are planning “big moves” with new domains they own, but that we probably won’t see that till late in 2015, or at the 2016 SuperBowl Ad blitz.

This week’s win for Google of .App could immediately bring that domain into play. “App” is the generic name for the small programs we all download to our smart phones. Apple’s App Store made the company over $4.5B in 2015, and, according to the NY Times Bits Blog,  Apple’s store “Serves 1.4 million apps for iPhones, iPads and iPod Touch devices. Google Play hosts 1.72 million apps, according to App Annie.” While there’s likely a significant overlap between Apple and Android apps, and many companies sell more than one app, being able to sell .App domains to a potential 1+MM companies at, say, $20/year is a nice start – and a pretty quick payback on a $25MM investment. Not a significant sum of money when looking at Google’s bottom line, but remember, Google just started selling via its own registry this year, so they could take in a nice bit of change while selling their .App domains.

Let’s also remember that Google, which has stated that it doesn’t favor the new domains in search, has been known to change its algorithms and rules as needed. Buy a .App domain, get a little better result for your app when people search for it? Maybe in the future. And by the way, Google just started selling ads inside its app store. How convenient.

Whether Google is “the one” everyone is waiting for to promote the new domains, or one of the big household brand names starts the ball rolling, it is still unclear “When” people will become more aware of the new domains. How these names are treated will influence the level of trust that consumers have in typing in these names. While it is clear that all these choices mean more ways for brands to get creative on how they promote, there’s also more potential for confusion and mistakes. We will continue to report on what we’re finding, and share our research with you. Let us know what you’re thinking in the comments.

It’s two weeks before a charity event that I’m personally raising
funds for, and almost no one I know is aware of it. At least, not many
of my social media friends. You see, in the past several years, I’ve
raised significant funds (thousands of dollars) via social
networks like Facebook and Twitter for the CT Challenge and the MS Society with my bike rides.
This year, however, I’m getting almost no response on posts that link
to my fundraising sites. A recent post with a beautiful photo
in my state park that referenced my fundraising got 4 likes, and no
comments or shares.

END_OF_DOCUMENT_TOKEN_TO_BE_REPLACED

How *Do* you track and measure social media marketing? It is all about figuring out what things you’re sharing are bringing people back to your sales funnel. Whether you’re a B2B or B2C business shouldn’t matter.

I’ve had the privilege of researching this particular subject and interviewing some really great experts, Marshall Sponder, Justin Cutroni and Christopher Penn, for this paper I authored, which was just released by Vocus. You should download it now to understand:

Please let me know if you like it, or what other questions you have on the topic.

How to Track and Measure Social Media Marketing

I recently contributed a Facebook Marketing whitepaper to Vocus. In that paper, I talked about Facebook’s new Graph Search. In the two weeks since that paper was released, Facebook rolled out Graph Search for everyone in the US. What does Graph Search mean to your business?

As you can see by the example above, Graph Search lets Facebook users search things like “Restaurants in CITY my friends have been to.” If you’re an in-person, brick and mortar business, this kind of searching may change the way you get customers. People often rely upon the suggestions of friends when they’re making choices for restaurants, stores, or other places to make purchases. Facebook is making that data more easy to find. Additionally, they’ve added a “nearby” feature to the mobile app, letting you see places your friends check into and like that are near where you are.

For more about the New Ways to Get Found on Facebook, check my guest post over at Vocus.

Facebook briefed analysts and reporters last week about an effort to simplify both the number of ad choices and the flow by which advertisers reach customers. Most of the rollout will occur between now and the end of the 3rd quarter of this year, though some products will disappear within the next few weeks.

Facebook product managers explained that advertisers currently have 27 choices when deciding how to reach their market on Facebook, from Page Posts to Promoted Posts to Offers. They are looking to reduce the total number by roughly half. The crux of the move is meant to help marketers to reach their objectives more easily, without having to choose different ad units, according to Facebook Product Marketing Director Brian Boland. “Advertisers want to drive business outcomes and measure effectiveness of their campaigns. If we make it easier for an advertiser to pick the right audience, and the right format, it also improves user experience by putting more relevant information in front of user.” This means that the right ad, to the right customer, at the right time, should get better response and be more relevant.

While Facebook didn’t show reporters the actual workflow, the idea is that marketers will be able to decide on an objective, such as increasing Page Likes or driving app installs, and Facebook will recommend the correct type of ad unit and the type of targeting.  As an example, if you created a Page photo post this week, you would also want to create a sponsored story so that a user “liking” it would cause the ad to show for their friends. The new workflow will just “provide the ad with social context on top.” No extra steps to purchase different units.

According to Fidji Simo, Product Manager for Ads, they’ll be removing the Questions product for Pages in July because marketers can simply ask a question in a post and get answers in comments. They’ll also be removing the online Offers product in favor of Post Adslinking to an online site, but the in-store promotion Offers product will remain. This element was confusing, because companies that have both online and in-person presences will now have to run 2 different kinds of ad units – an offer for those coming to the store, and a Page Post ad linking to the online offer. This seems to go against the simplification trend. When I asked this question during Q&A, there was not a clear response.

Facebook will be also be making the creative unit sizes more consistent, to allow companies to provide fewer sizes of art and copy to create ads. The ads themselves will be more consistent on the desktop and in mobile. There’s also a implication that, since mobile is now where over 30% of Facebook’s revenue is derived, and on Mobile there is no right hand column, having ad unit sizes be more consistent helps solve some interface challenges.

This briefing was clearly the start of a discussion about how Facebook advertising will change over the next few months, and a way to prepare reporters and businesses for a group of small announcements and changes that will happen over time. You can read Facebook’s official release and see their graphic examples at their newsroom site.